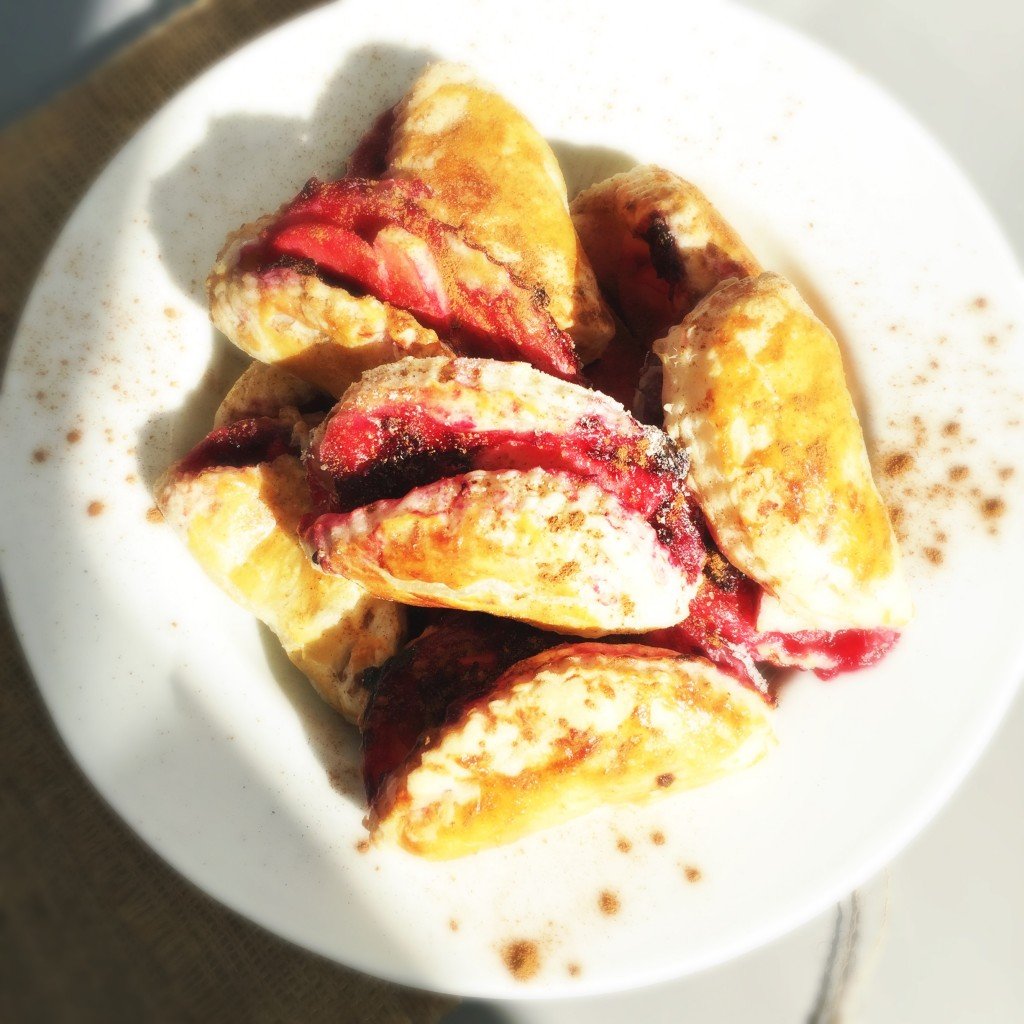 Apple and blackberry puffs are a super quick and seasonal dessert. Filled with autumn fruits and  fragrant cinnamon these little puffs are delicious eaten as they are or served with vanilla ice-cream, custard or clotted cream.

We cheat and use ready to roll puff pastry, for speed and ease.

They’re simple, roll out the pastry thinly, cut circles, top one half of the circle with thinly sliced apples and squashed blackberries, sprinkle over some cinnamon sugar and fold over the other half of the pastry.

Brush the whole lot with beaten egg and bake for around 20 minutes, until they are puffy, golden and the fruit is oozing and sticky. Leave them on a wire rack to cool down slightly before eating.

Yield: Makes 9-12 depending on size 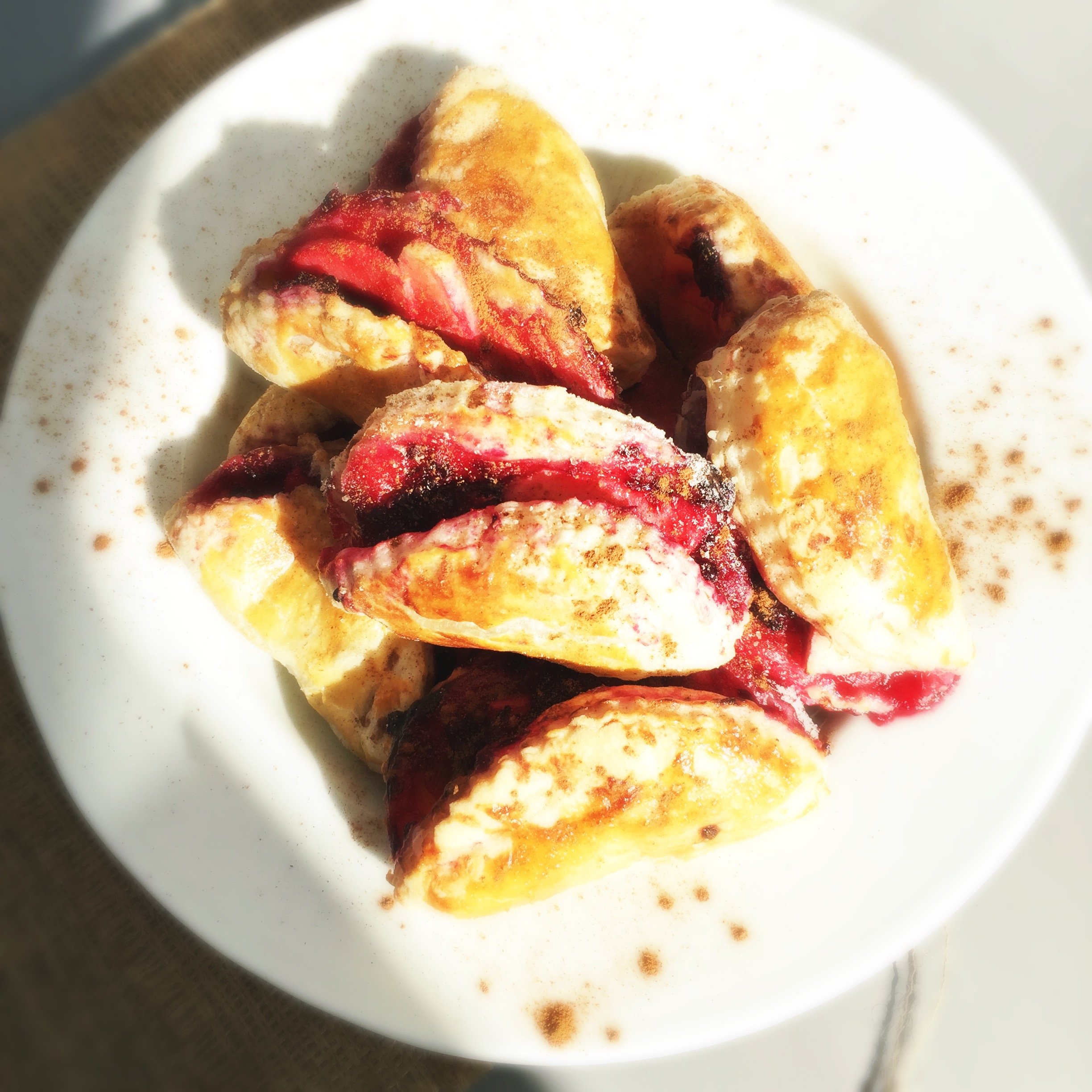