You are here: Home / Home & Garden / Declutter – 10 things to throw away today 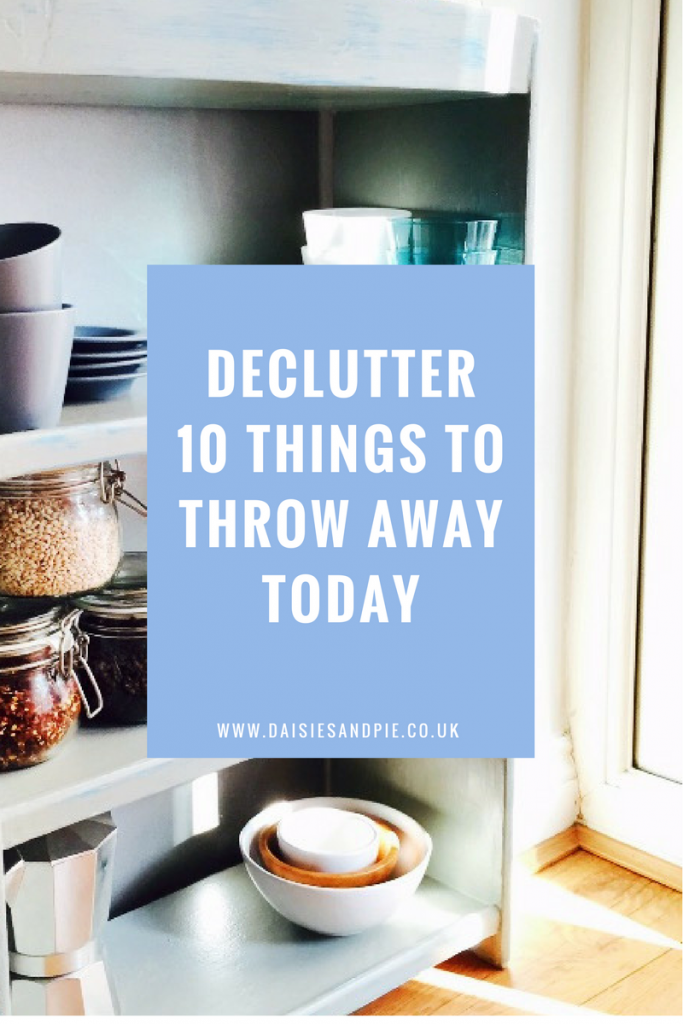 It’s a good idea to keep on top of all the clutter and mess in a family home as things quickly get chaotic. It’s really easy to keep hold of things and pigeon hole them into that ‘just in case’ category…

A quick walk around the house and I found 10 things to ditch.

10 Things to throw away today

old magazines and newspapers – gather them up and either donate the magazines to a friend or drop in centre. Or toss in with the recycling.

old make-up – it’s a good idea to throw out old make-up especially if it’s been open 12+ months, make-up can harbour bacteria, so rather than pass unwanted opened make-up on, it’s best to throw it. Empty the old make up into the bin and recycle the packaging.

wires – the wire draw drives me crazy, I hate wires! Check through the draw and any unwanted wires or chargers, take to the local council recycling centre and stick them in the electrical devices recycling section.

medicine spoons – we seem to collect a pile of these fast! Throw them in with the recycling or return to the chemist.

junk mail pile – throw it all into the paper recycling bin.

unwanted gadgets – if it’s a gadget that still works, either sell it on eBay or donate it to the charity shop, otherwise take it to the local council recycling centre and pop it in the right bin.

books you’ve read – pass them on to a friend or donate them to a book recycling scheme.

worn out hair ties – toss them in the bin.

And if you fancy doing some more decluttering – try out our Mission Declutter!