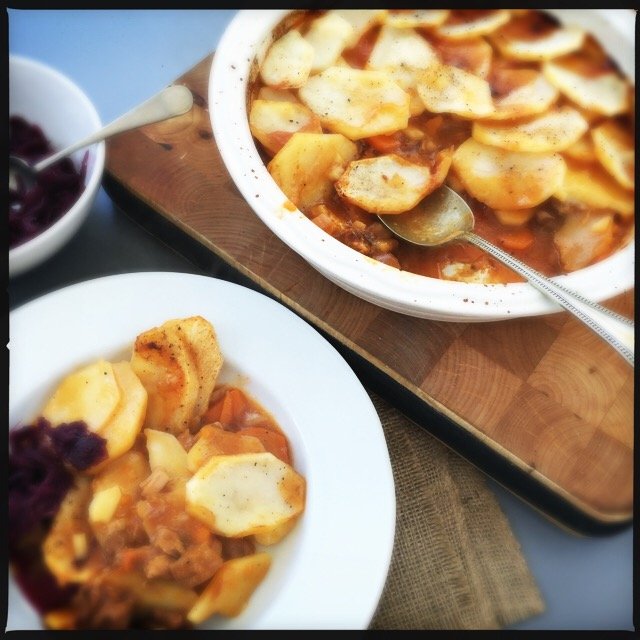 Lancashire hotpot was always a feature on the dinner table when I was a little girl and my grandma made the best hotpot ever! She’d grown up in Lancashire, was one of very many siblings and worked as a mill girl.

Lancashire hotpot was originally a meal made by mill families as they could pop it in a big pot and leave it on low in the oven for the day so it would be ready to eat on their return from a long, hard day’s work.

It’s women like her who knew just how to make the nicest traditional Lancashire meals, the ones that fed a large family of hungry mouths. I’ve played with her original recipe a little and added a few new flavours and also use the slow cooker which I’m sure she would’ve done too had it been around then!

We cook the lamb stew part in the slow cooker, which you could if you wanted just eat as stew or you could add the traditional sliced potato topping and finish in the oven for that proper Lancashire hotpot northern treat.

Hotpot is nicest served with a mound of pickled red cabbage and buttered crusty bread. 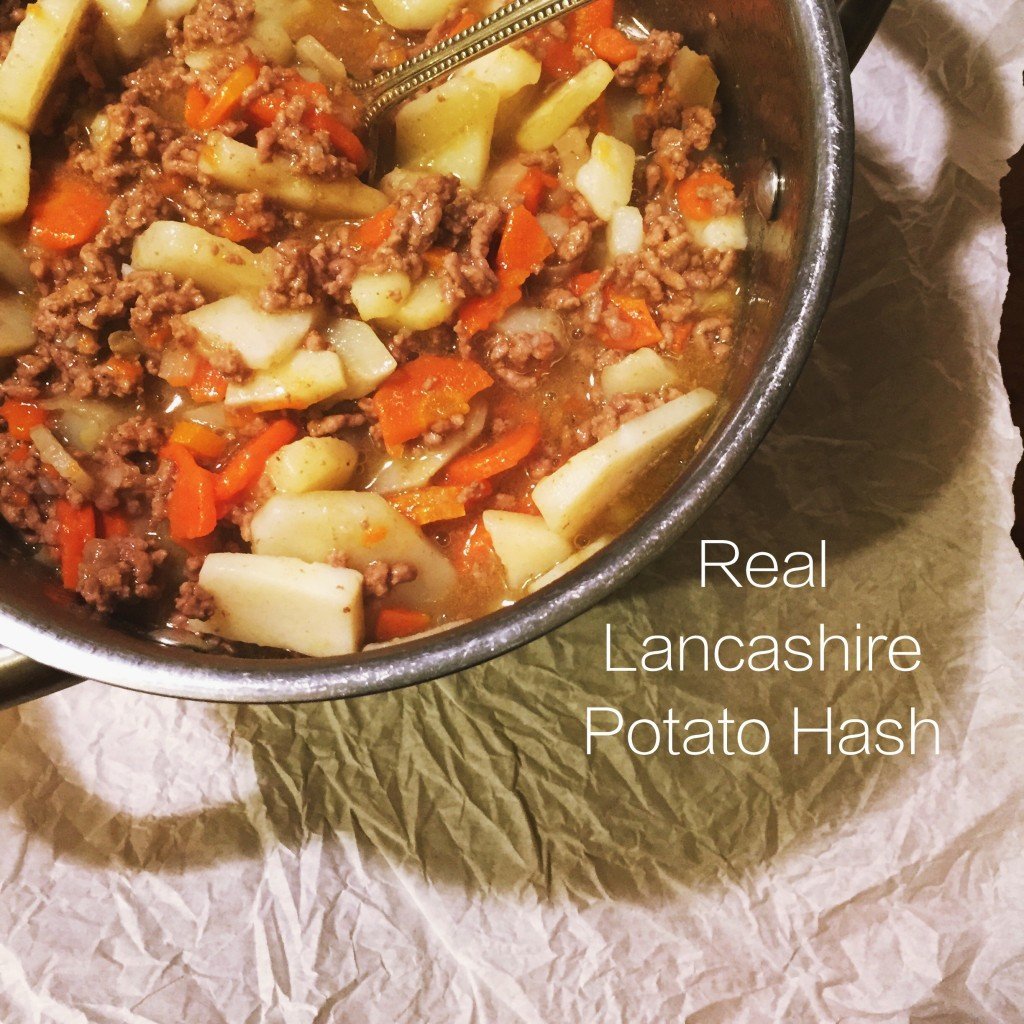 Bring on the comfort food!
All You Knead
Slow cooker turkey keema
Previous Post: « Family meal plan 28th September 2015
Next Post: How to do the shabby chic chalk paint technique »