You are here: Home / More / Kids Activities / How to make galaxy jars 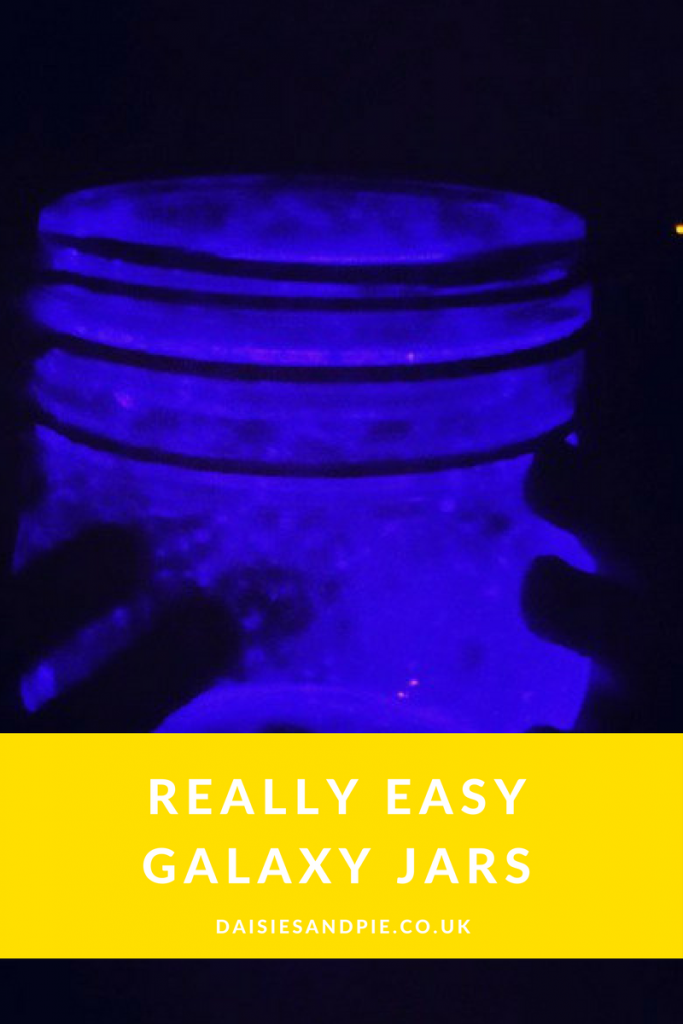 The kids have seen these galaxy jars on loads of different YouTube videos lately and were just desperate to have a go at making their own. So Saturday night seems the perfect night for making a mess with glow in the dark liquid….

What you need to make galaxy jars

How to make galaxy jars

Have a fab time making your galaxy glow jars!