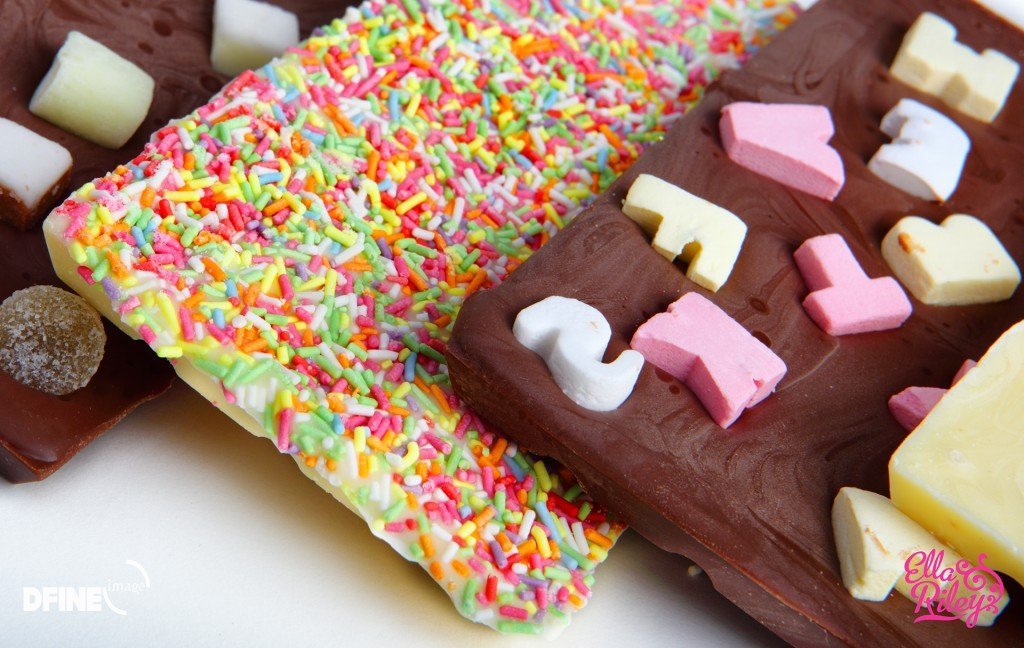 This week we’re talking delicious confectionery with Freya Sykes the granddaughter of Ella Riley purveyor of Riley’s Toffee in the ‘good old days’.

Riley’s Toffee is back! Freya Sykes has resurrected the family toffee making business rebranded as Ella Riley’s Sweets as a nod to her grandmother. The famous Riley Toffee is now being made by hand in the kitchens at the rear of the Ella Riley’s Sweet shop in Bridgend, South Wales.

So who was Ella Riley?

Freya’s grandmother was a very traditional lady and happiest at home cooking and baking, in fact she was one of the first people in the area to have an Aga Rayburn so she was ahead of her time on the domestic front. Ella learnt about confectionery from Uncle Freddy of the Riley Brothers. The Riley Brothers were her uncles and they had started the firm Riley Bros Ltd from their mothers kitchen table and grew it to a rather large enterprise. The old Riley Brother’s factory still stands on Hopwood Lane, Halifax  in what was the known as ‘Toffee Town’ because of the number of toffee companies which operated from the area.

Ella Riley was old school, so sweets and treats were often made at home and she wrote down a number of the Riley’s Toffee recipes. These ‘secret’ recipes are the only surviving copies in existence today and are used to make the Riley’s Toffee in Freya’s sweet shop. 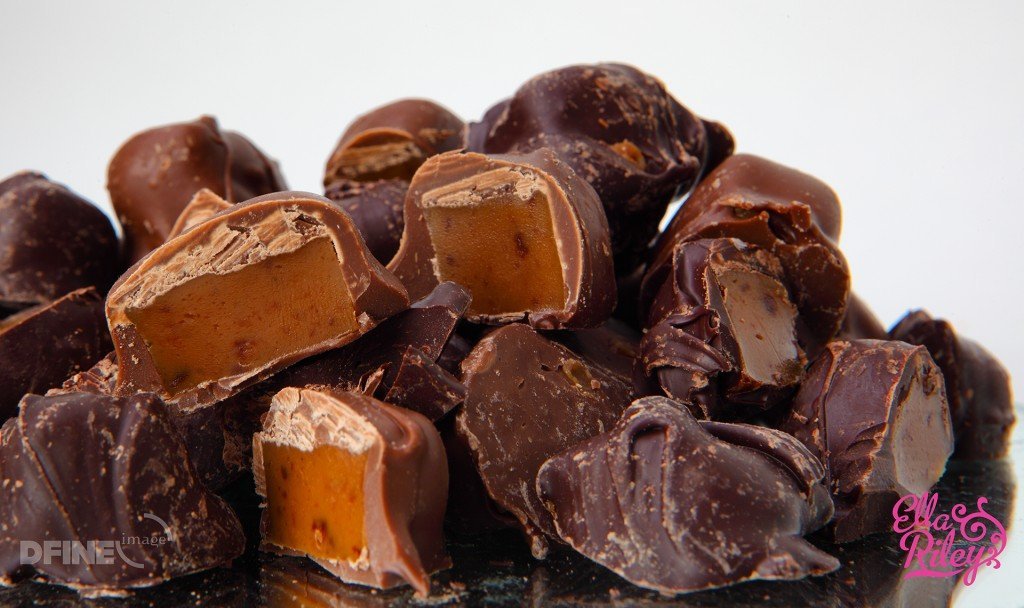 Ella’s secret recipe book is full of beautifully hand written recipes which she formulated over the years, it was left to Freya in Ella’s will although lay forgotten about on a bookshelf for over 10 years.

Eventually one day Freya dusted off the book and decided to try out some of her grandmothers recipes with her own children. As Freya flicked through the old book a number of papers fell out with the title Riley’s Toffees and not really knowing what they were about Freya called her dad to find out. The response from Freya’s father was to “BURN IT, BURN THE DAMMED THING AND DO IT NOW!” It later transpired that Freya’s father was the unofficial ‘toffee taster’ for his uncles and blames his loss of teeth on too much toffee – hence his insistence that the recipes be burnt!

Choosing just this once to ignore her father’s advice Freya  instead called her lawyers to see where she stood on the Intellectual Property Rights with a view to bringing it back to life.  As luck would have it, the rights had just expired under Kraft’s ownership who at the time were busy buying Cadbury’s.  So swiftly and with baited breath an application for the intellectual property rights was submitted.

Following a tense wait whilst it was published for a few months to see if anyone else laid claim to it, nobody did so the rights belonged to Freya and she went ahead to bring this gorgeous toffee back into production.

Freya and her husband Steven currently make all the toffees and sweets themselves at the Ella Riley’s Sweets shop in Bridgend. Steven makes the Riley’s Toffees which include Butter Toffee and Treacle Toffees and Freya likes to make the Sugar Mice, Peppermint Creams and Crispit Bars. With the business expanding more staff members will be taken on to help with the confectionery making but the one recipe that won’t be shared is the Riley’s Toffee Rolls recipe – that is locked away in a bank vault and will only be passed on to Freya’s children. 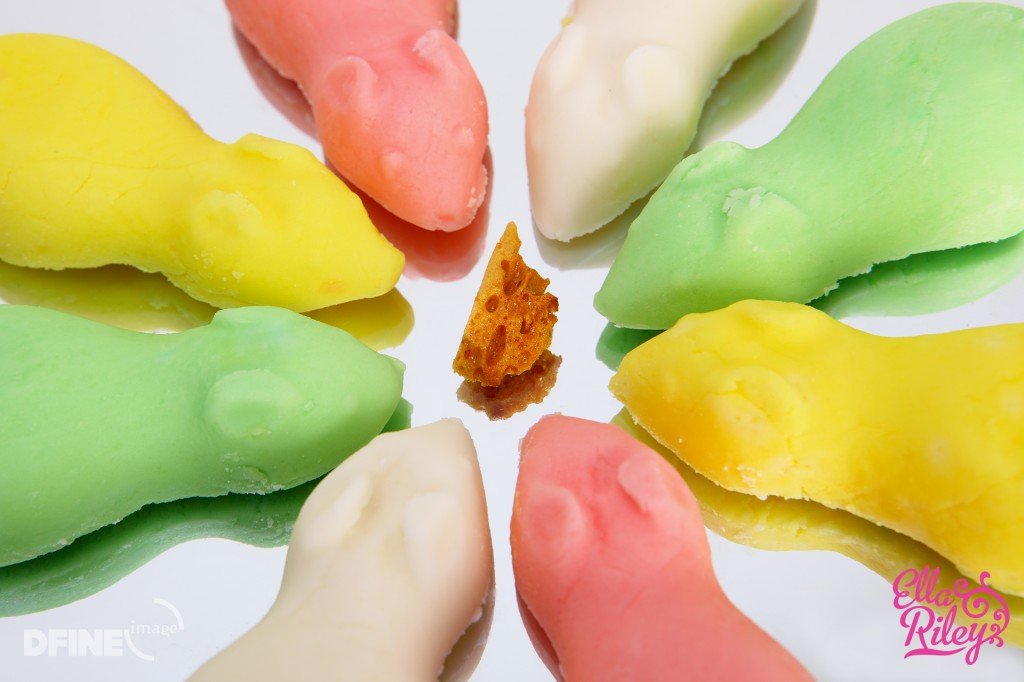 Why is it important to support the little independent British producers?

It means the world to producers like Ella Riley’s Sweets that people support them. They’re not massive corporate money making machines, every penny that comes into the company not only goes into supporting her family but equally helps to retain and grow a very unique part of our British heritage that would otherwise die out. Ella Riley’s Sweets are not sold in supermarkets as they like to give Independent Sweet Shops a unique selling point.  They want to make sweet shops memory makers for children today like they were in the past.

Ella Riley’s Sweets source ingredients locally wherever possible for example they collaborate with Bee Fruitful to make the most delicious honey toffee.  Last year Ella Riley’s Sweets had some spare money in the company so invested it in Bee Fruitful.  They used the money to buy new hives and Queen bees and I’m delighted to say that this year their production is up, the honey is flowing like a yellow river and all of the hives they helped them with are now being split into more hives as there are too many bees in the colony!

Freya thinks it’s wonderful to help support another small local business and in turn they supply Ella Riley’s Sweets with the honey, Freya adds other ingredients and makes the toffee. Bee Fruitful then take it across the country to fayres and markets and they split the profits.  So this is great example of them working with a local supplier but in more ways than just buying their honey. Ella Riley’s Sweets tend to do this quite a lot and as the company grows they have in place a number of projects where they will set aside profits and support and help other smaller companies too. They feel this is important, and is something that helps support the economy in just a very small but real way.

What does the future hold?

Freya has BIG plans for this little company.  Think Cadbury before the Kraft take over, think Terry’s of York in their glory days…that’s what they aspire to be.  A great British company making great British products here in Britain. They’ve also signed with an agent who are pursuing book and TV deals so watch this space!

They’re also releasing franchise opportunities and have the first shop fitted out and ready to go for the first franchisee, so they’re very excited about that.  It’s up in Yorkshire in the gorgeous village of Horbury Bridge, by the canal and is in fact where they had their first shop too.  The shop itself is in an old stone cottage where the hymn Onward Christian Soldiers was written and comes with accommodation behind it too, in form of a three bed stone cottage. So they’re actively looking for the first franchisee to take on this shop with further shops planned across the UK in the coming year.

Where can you get your hands on Ella Riley’s Sweets? 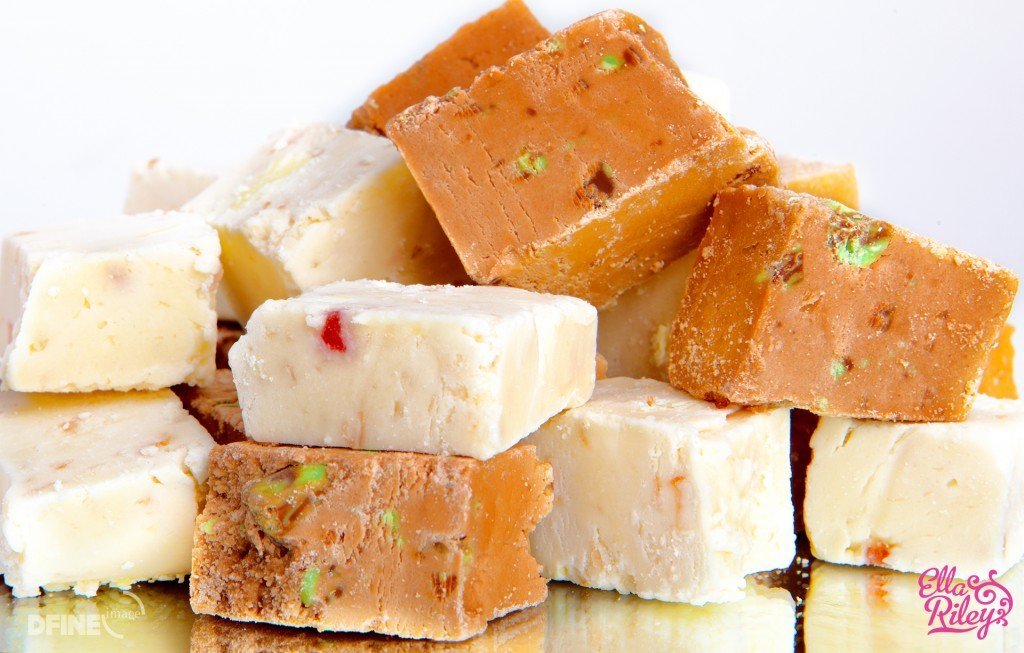 Ella Riley’s Sweets website and buy direct – or check out the stockist lists on the website. And of course you’re always assured of a warm welcome in the Ella Riley’s Sweet shop in Bridgend too.

We’re currently looking for Great British Producers to feature on our site during December – if you’d like to chat to us about your company get in touch – Email wendy@daisiesandpie.co.uk