You are here: Home / Food / Meet the producers: Farnley Market – The Farnley Bakehouse 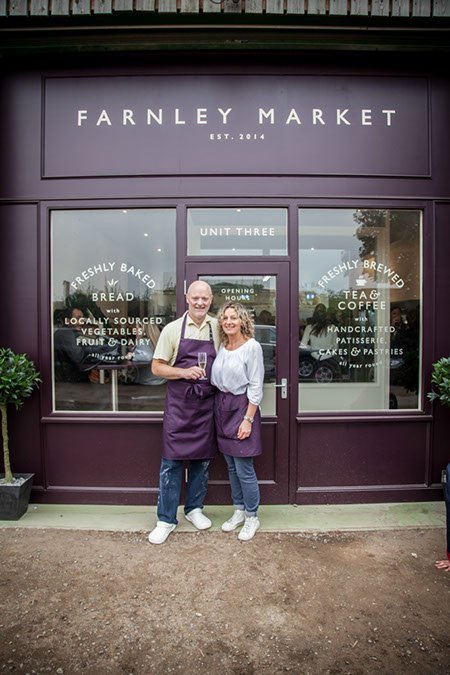 For this week’s ‘Meet the Producer’ we’re heading over to Yorkshire to find out all about newly launched The Farnley Bakehouse run by  Stephen and Simone.

A Yorkshire businessman has turned his passion for real bread into a business with the launch of an artisan bakery on the outskirts of Huddersfield, West Yorkshire.

The Farnley Bakehouse, in the village of Farnley Tyas, saw more than 200 attendees visit the Bakehouse during the opening weekend including Wayne Caddy, Head of Baking at Artisan School of Food who trained Bakehouse owner Stephen Harrison in advanced baking. 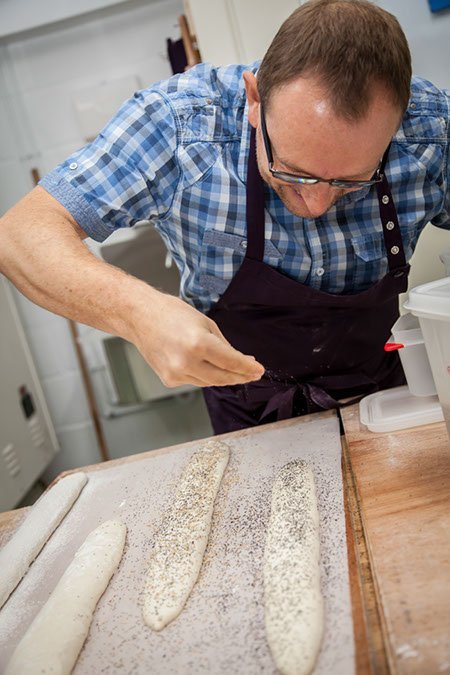 Launched by Stephen and his wife Simone, the Bakehouse will sell up to twelve different varieties of bread, named after local landmarks, that is made from natural ingredients with no artificial additives or processing agents.

In addition to fine artisan bread, the bakery will also sell a range of hand-baked pastries and cake, as well as everyday items such as milk, locally sourced fruit and vegetables, eggs, cheeses and other dairy products and preserves. A seating area will allow customers to enjoy the range of produce on the premises along with speciality espresso-based coffees.

The Bakehouse is the first of multiple ventures planned by the couple which will all champion artisan produce and sit under the umbrella brand of Farnley Market. It is set to create four new jobs initially with more planned as the business grows. The aim is to eventually include a Smokehouse and for customers to be able to purchase a larger variety of products made on site and create further jobs for local residents while supporting local food producers by selling their produce in his stores.

With a successful career in the world of automotive manufacturing behind him, Stephen discovered his passion for real bread whilst stood in a bakery waiting for his lunch. He explains: “I saw a framed newspaper clipping on the wall which explained the difference between bread made in commercial bakeries and supermarkets compared with that made in small artisan bakeries situated around the country”.

“Moreover, this highlighted the fact that most commercial bread is packed so full of additives and other chemicals to make it perform in a high-speed production environment, that it can actually be harmful to health. What alarmed me most was the fact that none of these chemicals are required to be specified on the label because of their classification as ‘processing aids’. This single event sparked an interest that has gone from a hobby to a fully fledged business.”

After experimenting with ‘proper’ bread-making at home using organic ingredients, wild yeasts and authentic recipes, Stephen completed an advanced baking course at the Artisan School of Cookery at Wellbeck in Nottinghamshire and is now looking to develop his skills further by baking real bread every day. Speaking about the launch of the bakery Stephen says: “We are so excited to have launched this new venture in our home village. It ticks so many boxes for the both Simone and I and we’re really looking forward to being part of the artisan food movement as it gathers real momentum against a back-drop of supermarket domination”. 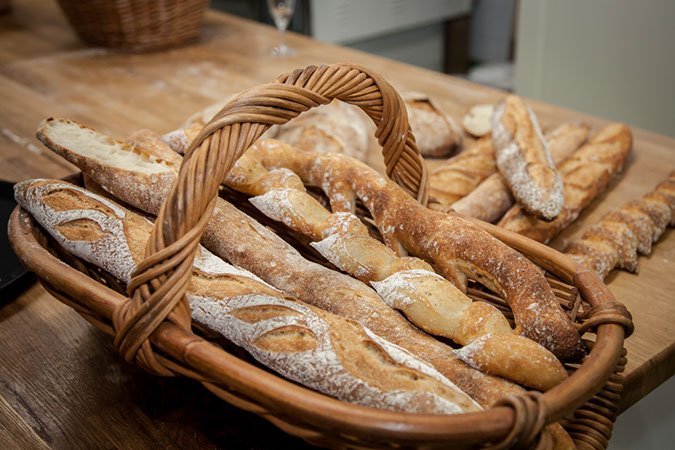 And what does the future hold?

Farnley Market has a strong vision to grow and include a variety of eclectic events such as: cooking demonstrations including baked goods, preserves, vegetables, wine and cheese tasting, musical/ acoustic nights, talks, children’s events, pizza nights and more.

We’re currently looking for Great British Producers to feature on our site during November – if you’d like to chat to us about your company and why it’s amazing get in touch! Email wendy@daisiesandpie.co.uk