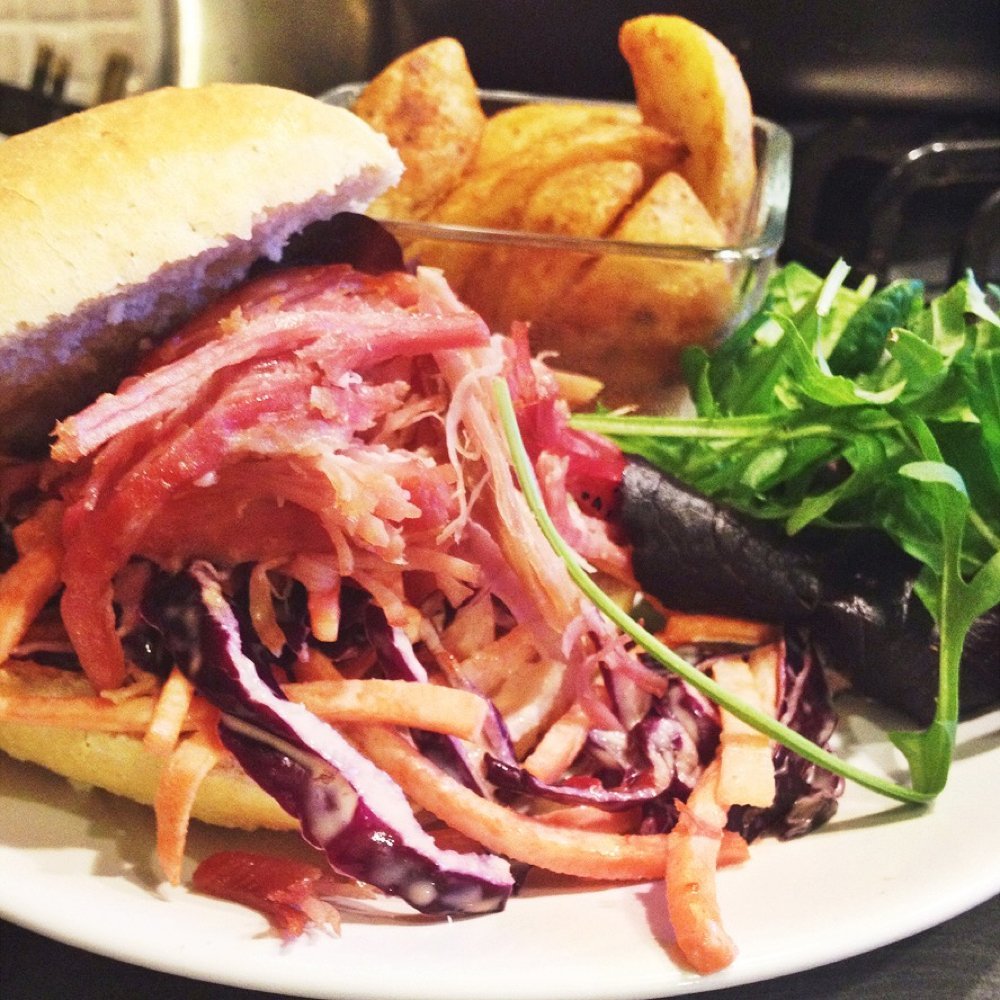 Pulled ham and homemade ‘slaw is a great meal to share with family and friends. It’s super easy to make and just so delicious! The ham and coleslaw can be made ahead so all that’s left to do last minute is cook the potato wedges and serve. The slow cooked pulled ham is so tender it just falls apart – perfect for stuffing into fresh crusty bread. Homemade ‘slaw is a big family favourite here and it’s so easy to vary – add some spice with fresh chillies or go fruity with sliced apple and raisins. A super easy family recipe.

Split crusty bread rolls and stuff with slaw and pulled ham - with a pot of wedges on the side, maybe add some BBQ sauce for wedge dipping.

If you’re making this to feed more people just increase the size of ham used or add spicy bean salad to bulk up the meal. The best part about pulled ham is always the leftovers! These can be used as pizza topping or my favourite thing is to use it up in a spaghetti carbonara the lovely salty ham mixed with creamy spaghetti and parmesan – oh just too delicious!

PS… we think you might just LOVE our one-pot brisket 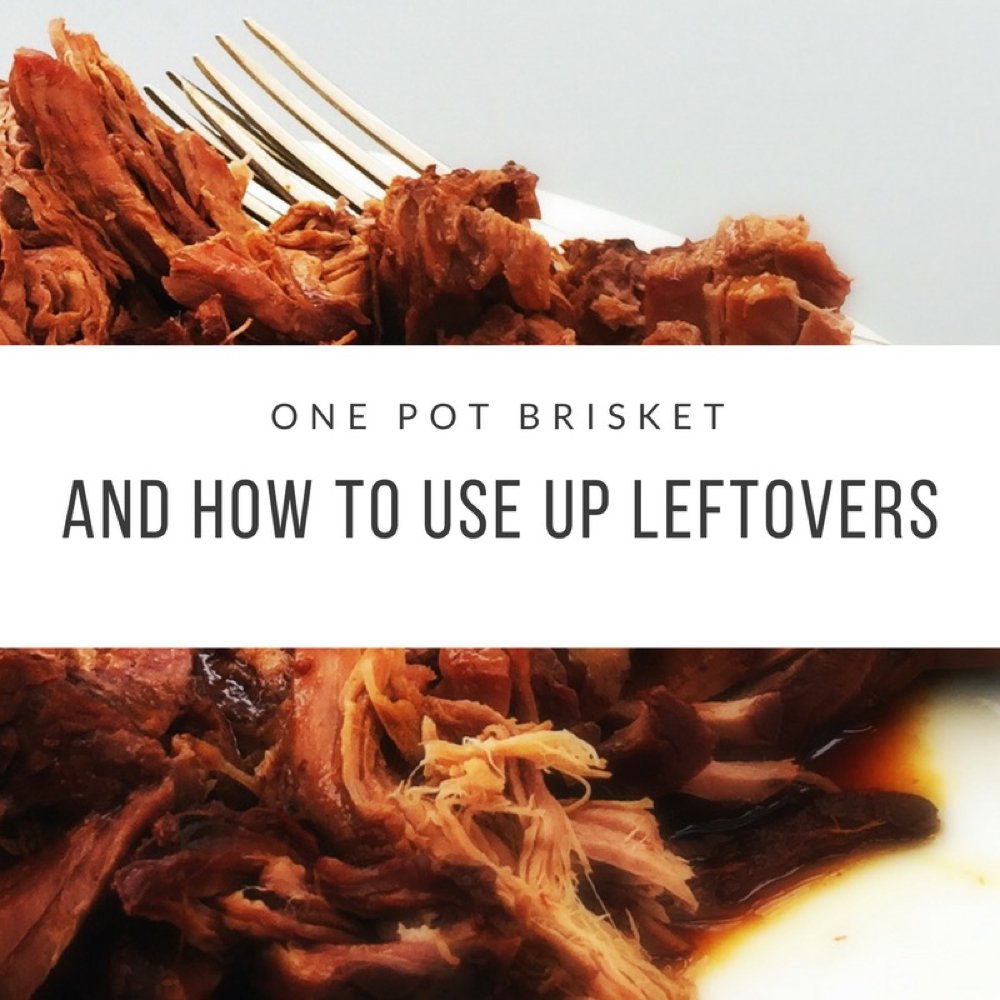