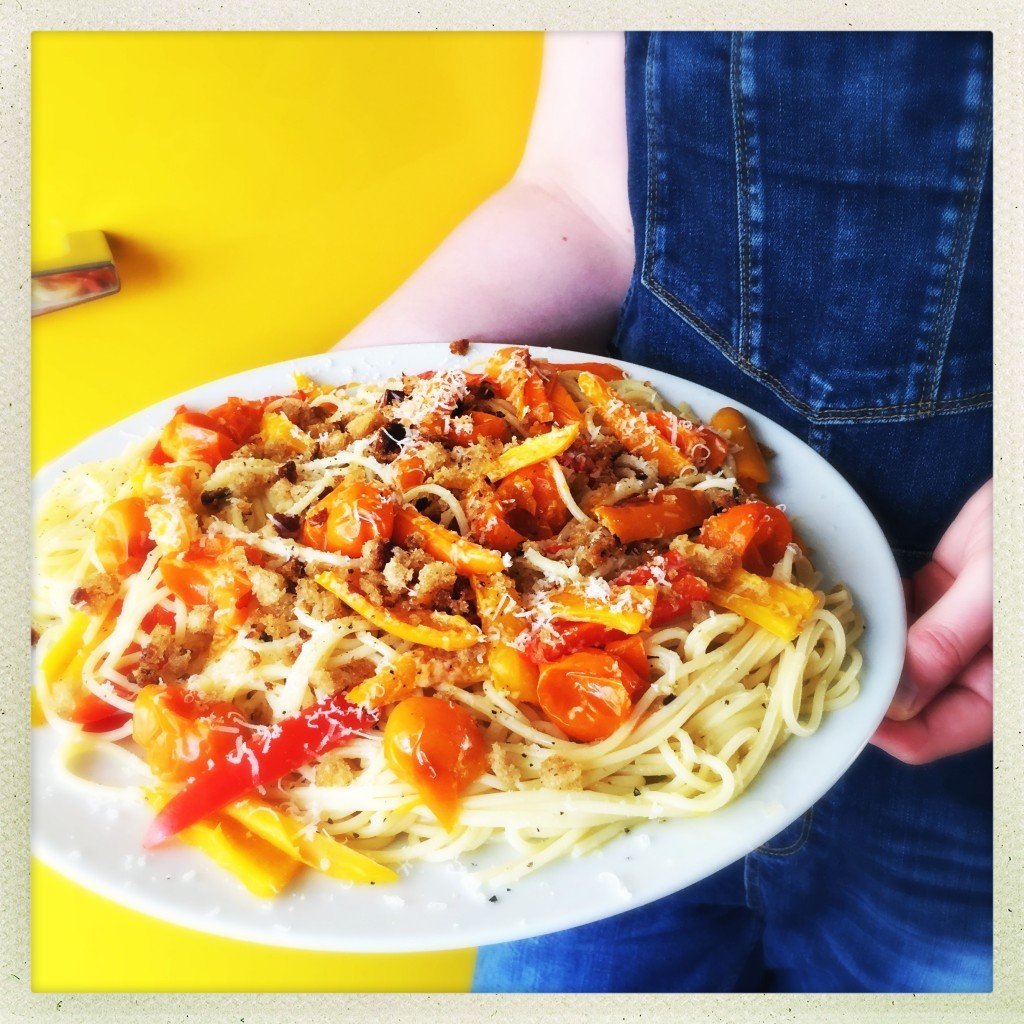 A delicious summery spaghetti with roast tomatoes and peppers that’s super easy to make and tastes so good. 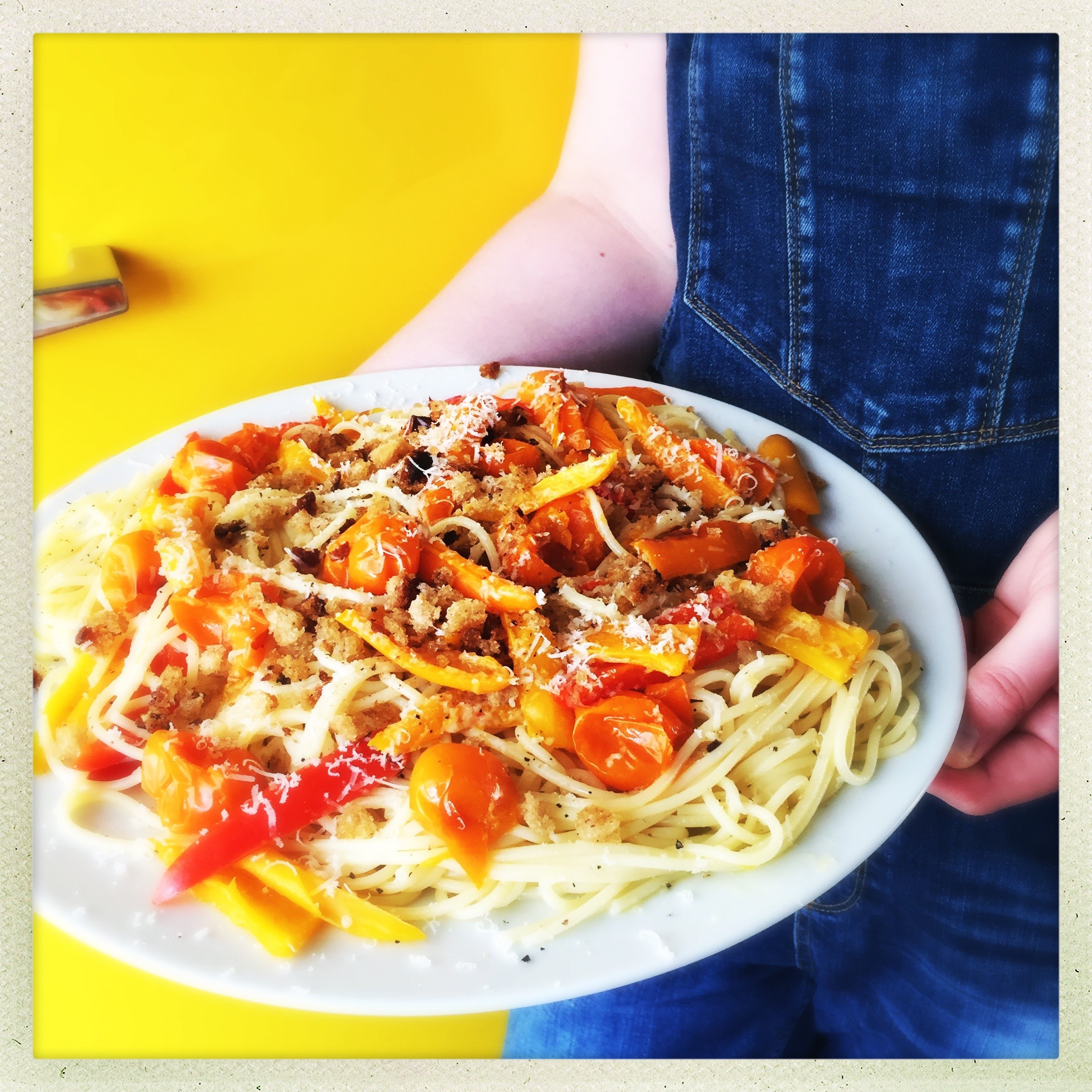 – to make the chilli breadcrumbs – just blitz 2-3 slices of sourdough bread in a food processor until it’s chunky breadcrumbs then fry in olive oil with finely chopped garlic and a pinch of chilli flakes. Use to add a little crunchy texture and added flavour to pasta dishes.

Make spaghetti with roast peppers and tomatoes your way

How to serve spaghetti with roast peppers and tomatoes